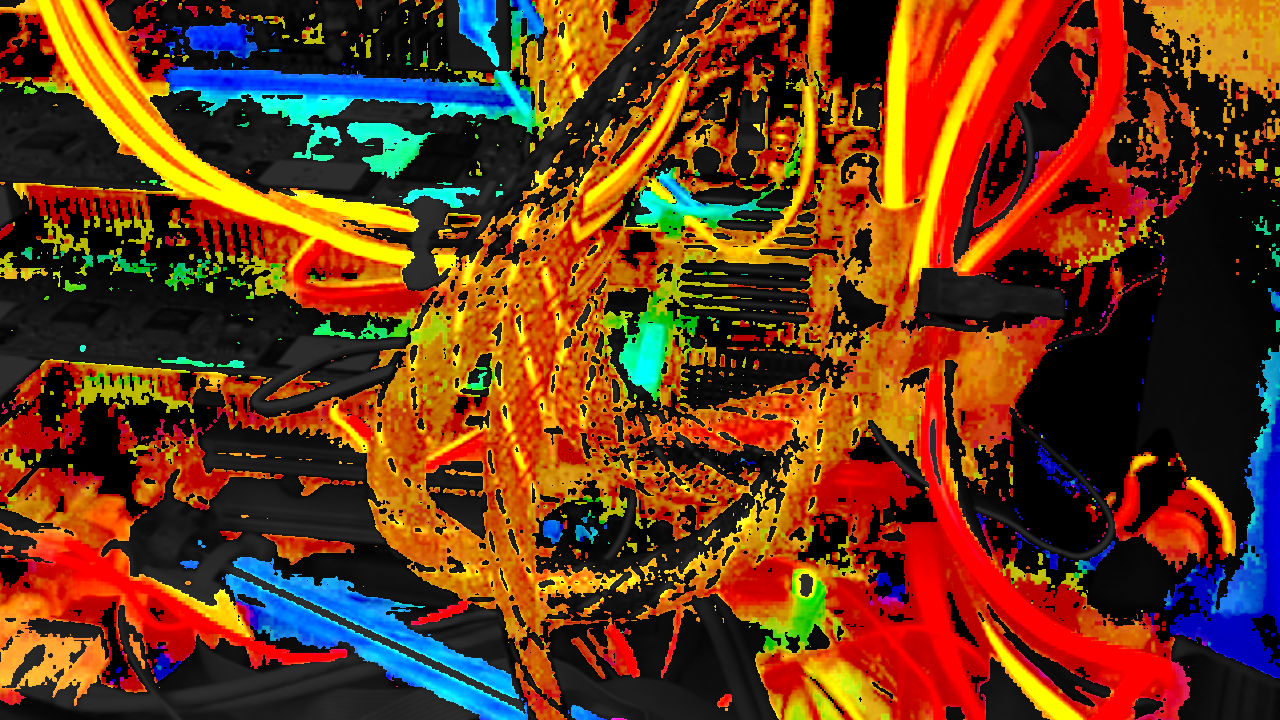 In April we held the last Lab Meeting of the CF+ project, for which we decided to invite some of the people who have been continuously involved in debates around this project and became part of the CF+ network, to present their own strategies, practices and technopolitics, when it comes to intersection between computing, (critical) theory and the arts.

Participants of this last Lab Meeting were invited to think together with us: what is at stake in contemporary computing in the way it re/figures materiality (of bodies, subjects-users, objects)? What are the urgencies in the technopolitics of computing as it meets feminism and arts? What are the blindspots of critical theories that we have at our disposal when it comes to accounting for these urgencies and generating alternatives?

We had presentations from Pat Treusch (TU Berlin), Sandra Buchmüller (TU Braunschweig) and Isabel Paehr (independent artist and game designer). Pat presented her work on knitting and robotics, particularly her project that involves a robotic arm and knitting as away of rethinking human-robot interaction. As Pat herself put it, this project was about bringing “world’s most boring activity” (knitting) and robotics. Apparently, however, knitting is a very complex task for a robotic arm PANDA, and even more so if knitting is expected to be done collaboratively between the human and the robot. Pat used her experiences from this to provide a way of thinking gender stereotypes, human-robot interaction, technological innovation and creativity, embodiment and AI.

Isabel presented her own take on building imaginaries and interventions through speculative game mechanics, specifically focusing on the game Paradigm Shell, which she is developing with Jasper Meiners: in this game, set on an an oil rig, petroleum comes into play as a transformative, vibrant, time-condensing form of matter. In this talk,she shared experiments in and with different materials such as code, theory, visuals and sounds. Check out the audio recording with some slides here:

For more on the CF+ project, which stands for “Reconfiguring Computing Through Cyberfeminism and New Materialism”, see also previous talks by Femke Snelting and Cornelia Sollfrank.